How hormones affect your appetite and weight

Medically reviewed by Neka Miller, PhD on August 23, 2019. Written by Libby Pellegrini. To give you technically accurate, evidence-based information, content published on the Everlywell blog is reviewed by credentialed professionals with expertise in medical and bioscience fields.

At any given moment, your body is performing a delicate dance of storing and burning energy, which is a process called metabolism. Composed of a personal army of hormones, your metabolism dictates the way you use sugar, fat, and protein.

Your metabolism is the master puppeteer that controls your calorie intake, and any change in your metabolism can trigger weight loss or weight gain. (You can check in on how your own metabolism hormones are doing with the Everlywell at-home Metabolism Test.)

There are many hormones involved in metabolism, but these are a few of the biggest players:


Read on to learn how metabolism and appetite hormones can affect you and how certain hormonal problems may cause you to gain weight or make it difficult for you to lose weight.

How Does Cortisol Affect Body Weight?

Cortisol is a stress hormone produced by the adrenal glands, which sit on top of the kidneys. It is important for maintaining many of our body’s daily processes, from salt and insulin regulation to blood pressure and immunity.

During times of stress, additional cortisol is released into the bloodstream, triggering a critical increase in blood sugar levels to enable us to either fight or run away from a threat. Cortisol drives this energy boost by breaking down sugar stores in the liver and opposing the actions of insulin so that blood sugar is available to the cell receptors that need it the most.

Your body manages episodic cortisol elevation well. However, during situations of chronic stress, cortisol may be constantly elevated (Related: Cortisol test for stress), which can cause insulin resistance. When the body has reduced insulin sensitivity, higher levels of insulin secretion are required to generate an appropriate insulin response from cells, setting the stage for conditions like diabetes and obesity.

How does this affect body weight? Insulin is well-known for its effect on blood sugar, but insulin is also a fat-storage hormone. Insulin prevents the breakdown of fat, so chronically elevated insulin levels lead to excess adipose tissue because the body cannot use its body fat stores for energy.

Thyroid hormones (TSH, T3, and T4) are intrinsically involved in healthy weight regulation through a hormone secretion feedback loop with the brain.

When your thyroid hormone levels are low (a common disease state called hypothyroidism, characterized by decreased appetite and weight gain), your metabolism slows, and the brain releases more thyroid-stimulating hormone (TSH), which encourages the thyroid glands in the neck to increase hormone secretion.

When there is too much thyroid hormone in circulation (hyperthyroidism), appetite can increase and metabolism flips into overdrive. In response, the brain dials down the secretion of TSH, tipping metabolism back into harmonic equilibrium. (Check if your TSH levels are where they should be with the Everlywell at-home Metabolism Test, or get a more comprehensive understanding of your thyroid hormone levels with our Thyroid Test.)

Ghrelin Gets Your Stomach Growling

Ghrelin is a hormone that stimulates appetite. It is produced predominantly in the stomach and in smaller amounts in the small intestine. Your ghrelin level is directly tied to the hunger state, which is why it’s been nicknamed the hunger hormone. In periods of fasting and starvation, the gastrointestinal tract stimulates more ghrelin secretion, sending an urgent “Eat food!” hunger signal to the brain via the bloodstream.

The body's ghrelin levels tend to spike right before a meal and plummet afterward. You can think of the hunger hormone ghrelin as a type of hunger gremlin—it gets bigger and angrier when standing in front of an empty refrigerator, but it can be quickly pacified with a large cheese pizza (ghrelin is especially responsive to carbohydrates).

Ghrelin levels are typically higher in lean people and lower in people who are overweight. In obese people, there may be a problem with the suppression of ghrelin after a meal; their “I’m hungry” signal to the brain isn’t completely extinguished, so they remain slightly hungry even after finishing a meal.

This phenomenon is best illustrated in the most common genetic form of obesity, a condition called Prader-Willi Syndrome, in which ghrelin levels are unusually high. In obese people with Prader-Willi Syndrome, ghrelin remains high even after a meal, continually sending the “I’m hungry” message to the brain, which may trigger excessive food consumption, or hyperphagia—a hallmark of this condition.

Ghrelin is not just a hormone that makes you hungry; it also interacts with the growth hormone receptor in the brain, latching on to stimulate the release of growth hormones, which influences bone and muscle production and fat utilization.

How Can You Reduce Ghrelin?

Eat protein. A high-protein meal will keep ghrelin levels lower for longer and may be more filling than eating lots of carbohydrates. It will also help you avoid the notorious rebound that can be seen in ghrelin levels after eating a high carbohydrate meal.

Because the cells in the stomach produce ghrelin, reducing the area of the stomach—through a gastric sleeve or gastric bypass surgery—could lead to a permanent decrease in ghrelin production. Some studies show that bariatric surgery can lead to sustained lower production of ghrelin, which can help people better stick to their weight loss goals by reducing overall food intake.

Leptin is an appetite-suppressing hormone released by fat cells to communicate an important message to the brain about how much energy is available in the form of fat stores. In this way, leptin plays a role in controlling both weight loss and weight gain.

Leptin increases after overeating, which is why it is often called the satiety hormone. However, its action is more important for long-term weight regulation; leptin goes down during periods of starvation and is elevated in obesity.

Decreases in leptin and leptin resistance are also related to increases in appetite. It is the classic yo-yo dieting story: you greatly restrict your calories and lose 30 pounds of fat, quickly. Prior to your diet, your body had been secreting leptin at a high level but, after the fat loss, your leptin levels fall. The decrease in leptin sends a hunger signal to your brain that your fat stores are low (“Send food!”). This hormonal message is hard to ignore, and you may be tempted to increase your calorie intake.

Top Ways to Improve Your Metabolism

The metabolic hormones do not act in isolation. Ghrelin and leptin work together with cortisol, insulin, the thyroid hormones and others, in a delicate interplay to keep the metabolism humming. To help them function at their peak, follow the steps below.


Not only will these changes improve your metabolism, but they may also reduce your risk of developing chronic diseases, such as cardiovascular disease, cancer, and Alzheimer’s disease. 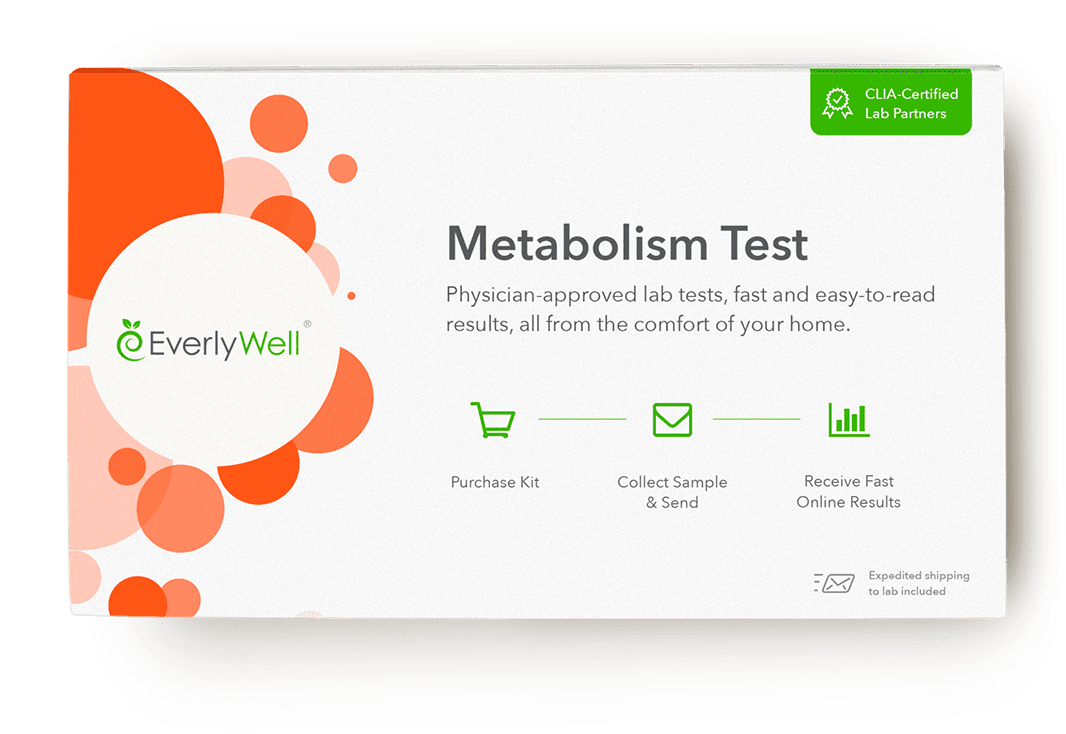 Check-in on your own metabolism hormones with the EverlyWell at-home Metabolism Test.

How to speed up metabolism

Signs of a slow metabolism