38 STD and STI Statistics for College Students: How To Keep Yourself Healthy and Safe

For many, college is a time to embrace independence for the first time. Many students begin living on their own, sometimes in a brand-new place, which allows the freedom to explore their identities and who they want to be.

This exploration can often involve new sexual activity with new partners. In order to keep yourself protected and safe while having the freedom to explore, it’s important to know the numbers behind STD statistics for college students. Keeping yourself informed on the prevalence of sexually transmitted infections among 18–24-year-olds is one way to take control over your health and wellness and safety in your new collegiate chapter.

STIs (sexually transmitted infections) and STDs (sexually transmitted diseases) often refer to the same group of viruses and bacteria that are spread through sexual activity. An STD is the later phase of an STI, though not all STIs develop into STDs. Some infections can even present without symptoms, so the term STI is becoming more commonly used.

Don’t forget to check out the infographic on ways to advocate for yourself for the first time while in college.

Rates of sexually transmitted infections in the U.S. have hit a record high for the sixth year in a row, with over 2.5 million cases of the three most prevalent STDs (chlamydia, gonhorrea, and syphilis) reported.

Young people aged 15–24 make up 61% and 42% of chlamydia and gonorrhea cases, respectively; emphasizing the importance of knowing your statistics when it comes to the most common STDs among college students. 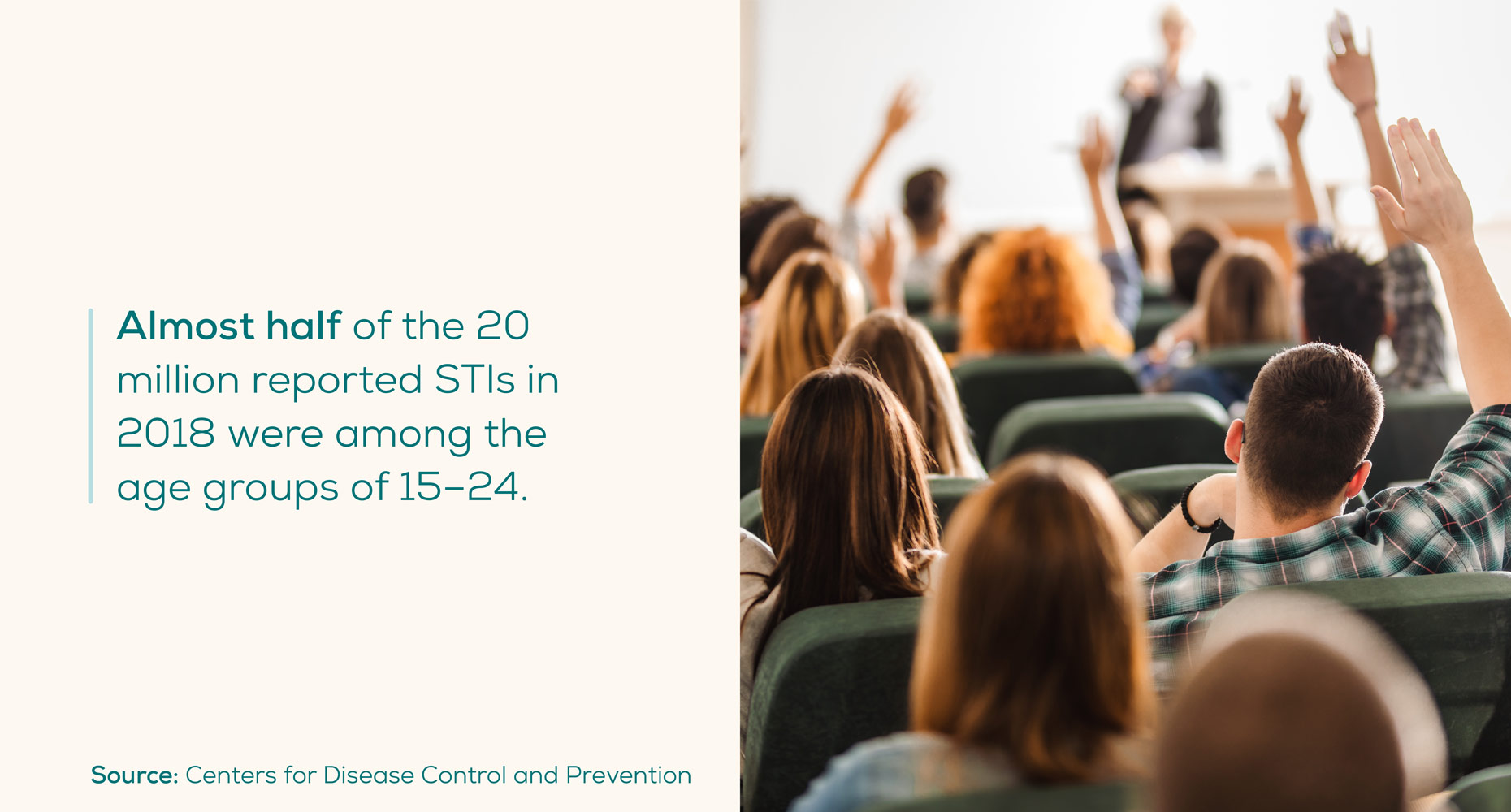 STD Rates Among College Students by Biological Sex and Sexuality

Below are breakdowns of STD statistics among college-aged cishet (cisgender and heterosexual) and LGBTQ+ students. 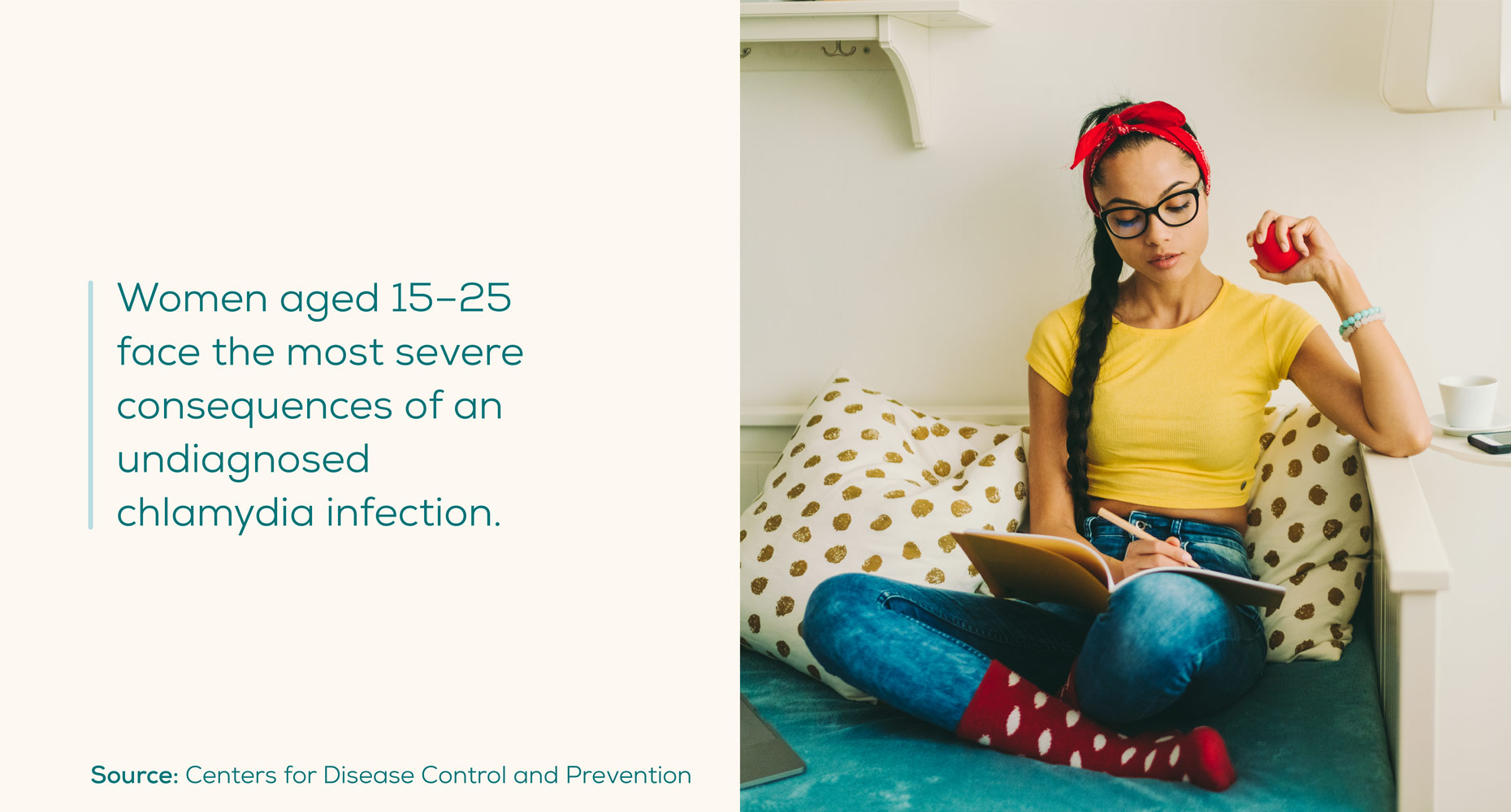 You should feel confident about the decisions you make on your own as a college student, including those about your sexual health. Luckily, we’ve got your back. Together, we can advocate for sexual health with easy access to affordable STI testing and prescriptions if you need them from Everlywell. If you do find yourself in need of an STI test, we’ve got you covered with any of our sexual health tests for both men and women.