Empowering women at any point in their health journey has always been at the forefront of EverlyWell’s mission. And since it’s Women’s Health Week, we want to share the story of one of our incredible customers: Alyson.

After making the shocking discovery that she had Hashimoto’s disease (the #1 cause of hypothyroidism, or an underactive thyroid), Alyson used EverlyWell’s Ovarian Reserve Test to see if this disease had harmed her reproductive health – potentially getting in the way of a future where she and her husband could plan for a family.

But before we get into Alyson’s story, here’s a bit about her: Most of her time is spent at work. When she does have some downtime, though, you’ll likely see her with a book and a glass of wine. Also, she and her husband recently bought a house – and adopted a puppy!

And now, here’s her story.

“I could have been talking to a brick wall”

Throughout her early and mid-20s, Alyson had good reason to believe something was seriously off with her body’s health. She experienced joint pain, lots of fatigue, and felt like she couldn’t think straight.

“You know when you grab a snowglobe and you shake it and everything is swirling around, it’s foggy – and eventually stuff kind of settles down and you can kind of see a picture in there a little bit? I woke up every day with my brain feeling like that.”

So Alyson took the logical step of seeing what her doctors had to say about these symptoms. But the response she got from her doctors was far from encouraging – and far from helpful, for that matter.

In short, they wouldn’t listen to her.

“I kept going to my doctors, and I kept asking: ‘What’s going on? Something’s weird.’ They wouldn’t listen to me...I could have been talking to a brick wall. They’d say, ‘You’re too young – you’re not stressed, you’re not tired. You’re too young for that. There’s nothing wrong.’”

The results turned out to be a shocking revelation: Alyson was severely hypothyroid because she had Hashimoto's disease – a condition in which the immune system attacks the thyroid gland, making it unable to pump out normal amounts of thyroid hormone into the bloodstream.

Because thyroid hormones help control many of the body’s key processes (like metabolism), Hashimoto’s disease can result in many different symptoms – including fatigue, weight gain, mental fogginess, and muscle aches.

Worried about her reproductive health, she decided to take a test

As Alyson researched more about the thyroid gland, she began to learn just how many body functions can be impacted by hypothyroidism. And since Alyson had recently married – and felt like planning a family could be in their future – she found herself wondering if hypothyroidism had negatively affected her reproductive system.

“As my 30th is coming up, the possibilities of (one day) having a healthy baby are definitely top of mind – but I was worried the inflammation and endocrine havoc from my busted thyroid was also wrecking my reproductive system.”

So Alyson wanted a way to test aspects of her reproductive health – like an ovarian reserve test (an indirect way to test the amount of eggs a woman has left).

She had previously had a positive experience with EverlyWell’s at-home Food Sensitivity Test, so she began looking into the at-home Ovarian Reserve Test.

“As I was clicking through and reading, I liked the fact that the Ovarian Reserve Test seemed to have some answers to things that I had kind of been mulling around in my brain.”

Alyson also appreciated the marketing around the test: no scare tactics surrounded the product’s messaging. Instead, things were clear and straightforward.

And what finally sealed the deal for her on EverlyWell’s test was the fact that she could use her FSA card to get it. 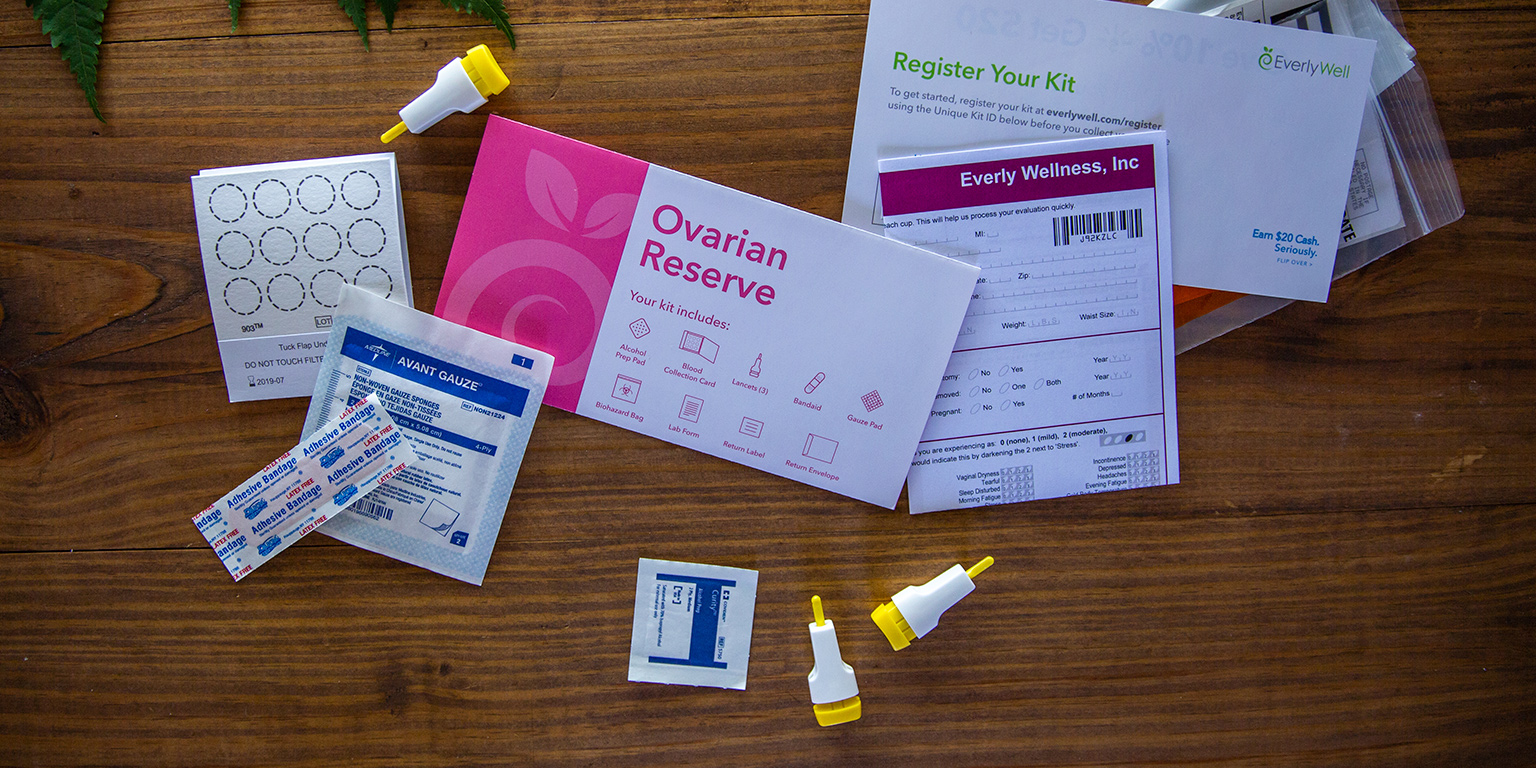 So Alyson took the Ovarian Reserve Test and waited for her results.

“This test was way easier than an office visit and has given me solid talking points for my next appointment.”

But what would be the outcome? Alyson would soon get an answer to that question.

Her test results came back – with welcome news: she had normal levels of FSH (an important reproductive hormone), suggesting she had a normal amount of eggs for her age!

“It was a relief more than anything to know that ‘Okay, if we do move towards the family planning phase, I can do so knowing that the decisions we make will be healthy for me, for them, for us.’ It took a huge chunk of stress and worry out, which was very, very nice – and just the fact you can even test for that stuff is crazy.”

Getting these results opened the door to educated conversations with her husband around family planning.

And one of Alyson’s biggest takeaways from this part of her health journey?

“Having a name for what's going on in my body has been good and bad. With a label, it's so easy to feel like your body is malfunctioning and no amount of well-intended fixes can prevent it. Knowing the amount of stress and strain that comes with Hashimoto's — yet receiving good ovarian reserve test results in spite of that — has enabled me to trust and listen to my body. That's a huge change for my info-craving self and that's brought a lot of peace and positivity into my life.”

* In celebration of Women's Health week, use code BESTHEALTH (through 5/18) for 15% off any EverlyWell kit you order!