What Does “Ovarian Reserve” Actually Mean?

If you’ve encountered the term “ovarian reserve” – but found yourself wondering what it actually meant – then this article is for you. Here’s an easy-to-digest explanation that’ll simplify this concept and help you understand what your “ovarian reserve” really is.

WHAT DOES “OVARIAN RESERVE” MEAN?

The “ovarian” part of “ovarian reserve” simply refers to the ovaries. Ovaries are among two of the most important glands of the female reproductive system. Women, generally speaking, have two ovaries – one located on each side of the pelvis. The ovaries are responsible for producing egg cells – which, in the biologist’s vernacular, are known as “ova” (which explains where the ovaries got their name). The number of egg cells in your ovaries is your ovarian reserve. The quantity of eggs any woman has largely depends on two main factors. 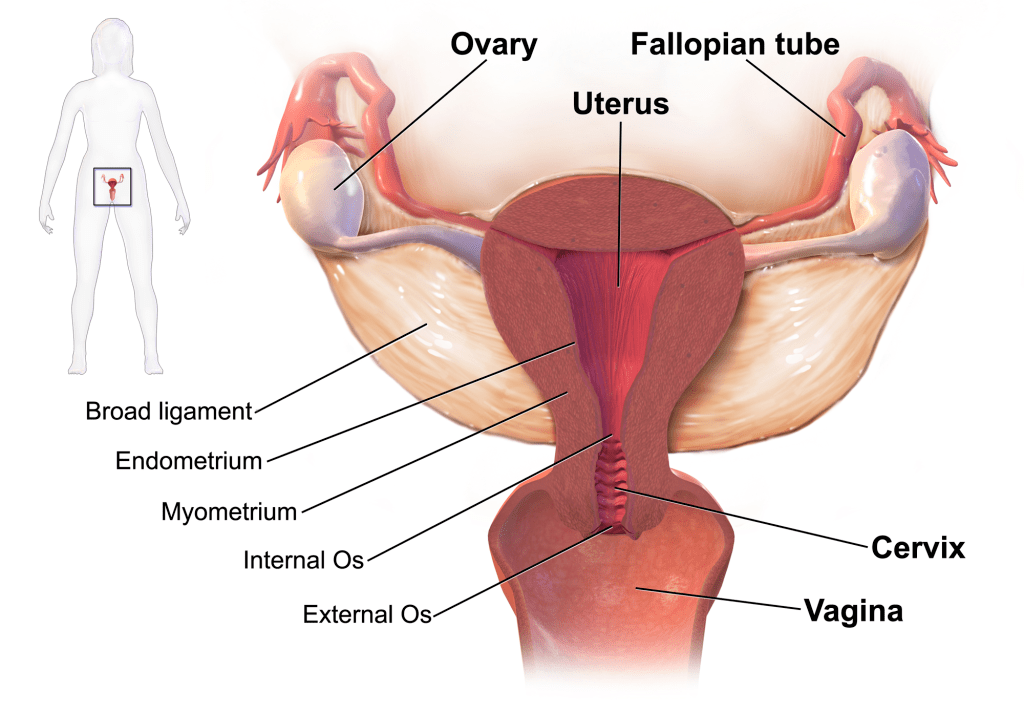 Women, generally speaking, have two ovaries – one located on each side of the pelvis. The ovaries are responsible for producing egg cells.

The first factor is how many eggs she was born with (it may surprise you to learn that some women are born with 50x more eggs than other women). And the second factor is the rate at which the eggs in the ovaries are depleted during each menstrual cycle. (As you’ll discover later in this article, both of these factors are mostly determined by one’s genetics instead of environmental influences – which means that it’s fairly difficult to gauge your own egg quantity without an ovarian reserve test.)

Pregnancy can occur if and when an egg fuses with a sperm cell. The egg cell, as you may know, carries a copy of half of your chromosomes – or genetic blueprint (the sperm carries the other half that gives the fertilized egg – or “zygote” – a complete set of genetic instructions).

What would you see if you could “zoom in” on an ovary and look inside? You’d catch sight of a sea of globular structures – each of which is termed an “ovarian follicle.” And inside an ovarian follicle? A single egg cell. 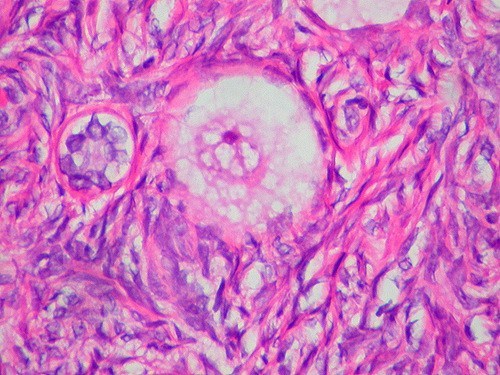 Inside each ovarian follicle is a single egg cell (pictured above).

Ovarian follicles are a key part of the menstrual cycle – so much so, in fact, that they’re the namesake for the first stage of this cycle: the follicular phase. During the follicular phase – which begins on the first day of a woman’s period – some of your ovarian follicles will begin to ripen or mature, which prepares them to potentially release an egg (called ovulation) later in the menstrual cycle.

If this all sounds rather complicated, then you can think of FSH in this way: imagine that you’re camping along a riverbank. One of your friends is camping a few miles downstream, and you’d like to send them a message. Of course, you could decide to just text them or give them a call, but in this scenario you decide to write out a message on paper, stuff it in a bottle, and then let the bottle ride the river waters downstream to your friend.

FSH molecules are a bit like this message-in-a-bottle, and your bloodstream – like the river – sends them along to their destination: the ovarian follicles. 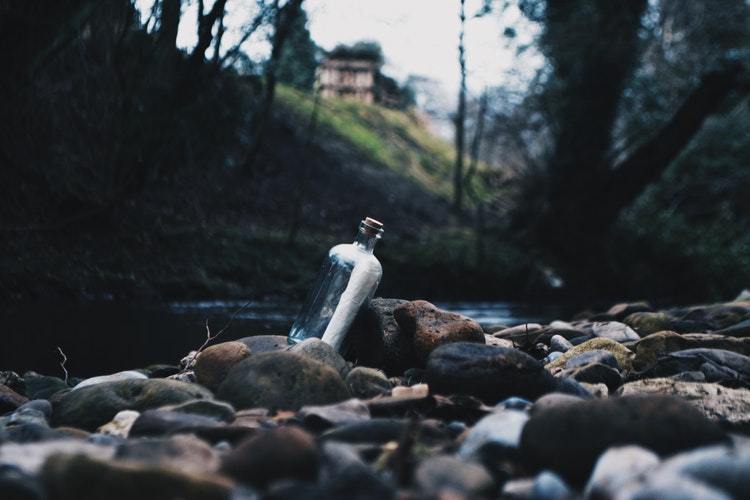 FSH molecules are a bit like this message-in-a-bottle, and your bloodstream – like the river – sends them along to their destination: the ovarian follicles.

SO WHY MEASURE FSH?

Remember that FSH tells the ovary to start to mature follicles and, ultimately, release an egg. If we use the message-in-the-bottle example again, imagine that the sun is starting to set at the river you’re camping near – which will make it harder for your friend to spot the bottle as it floats past them. To solve this dilemma, you can simply put more bottles in the river – in the hopes that your friend will manage to see at least one of these bottles with your message.

On the other hand, say you have a lot of friends camping together downstream. In that case, you wouldn’t have to plop quite as many bottles into the river: with more friends downstream, it’s more likely that at least one of them will spy your message-in-the-bottle – despite the dwindling daylight.

Something similar is true for FSH: when there are fewer eggs in the ovaries, your pituitary gland has to send more FSH (or “bottles” in the river scenario) to try to get one follicle to mature and release an egg (the smaller quantity of eggs is like having just one friend downstream – who you’ll have to send more bottles to so that at least one of them is seen by your friend).

It’s a known fact that for most women over 40, egg numbers have decreased significantly – elevated Day 3 FSH levels are a more common occurrence. Thus, for women over 40, it’s always recommended to have FSH levels checked twice – on different months of the year – to see if the results are consistently similar. 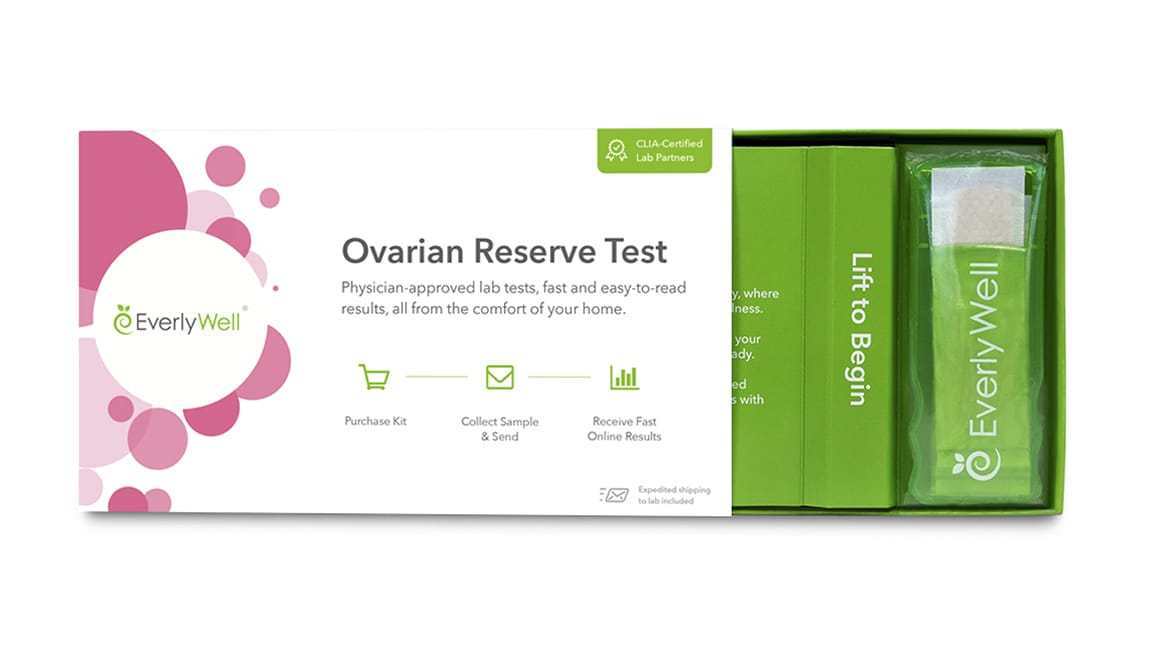 For women over 40, it’s always recommended to have FSH levels checked twice – on different months of the year – to see if the results are consistently similar.

“Ovarian reserve” simply means the number of eggs you have. Your eggs are housed by ovarian follicles located in the ovaries – which are influenced by your body’s levels of the hormone FSH. Thus, an at-home ovarian reserve test that measures your FSH levels is a reliable (and convenient) way to assess your egg quantity.